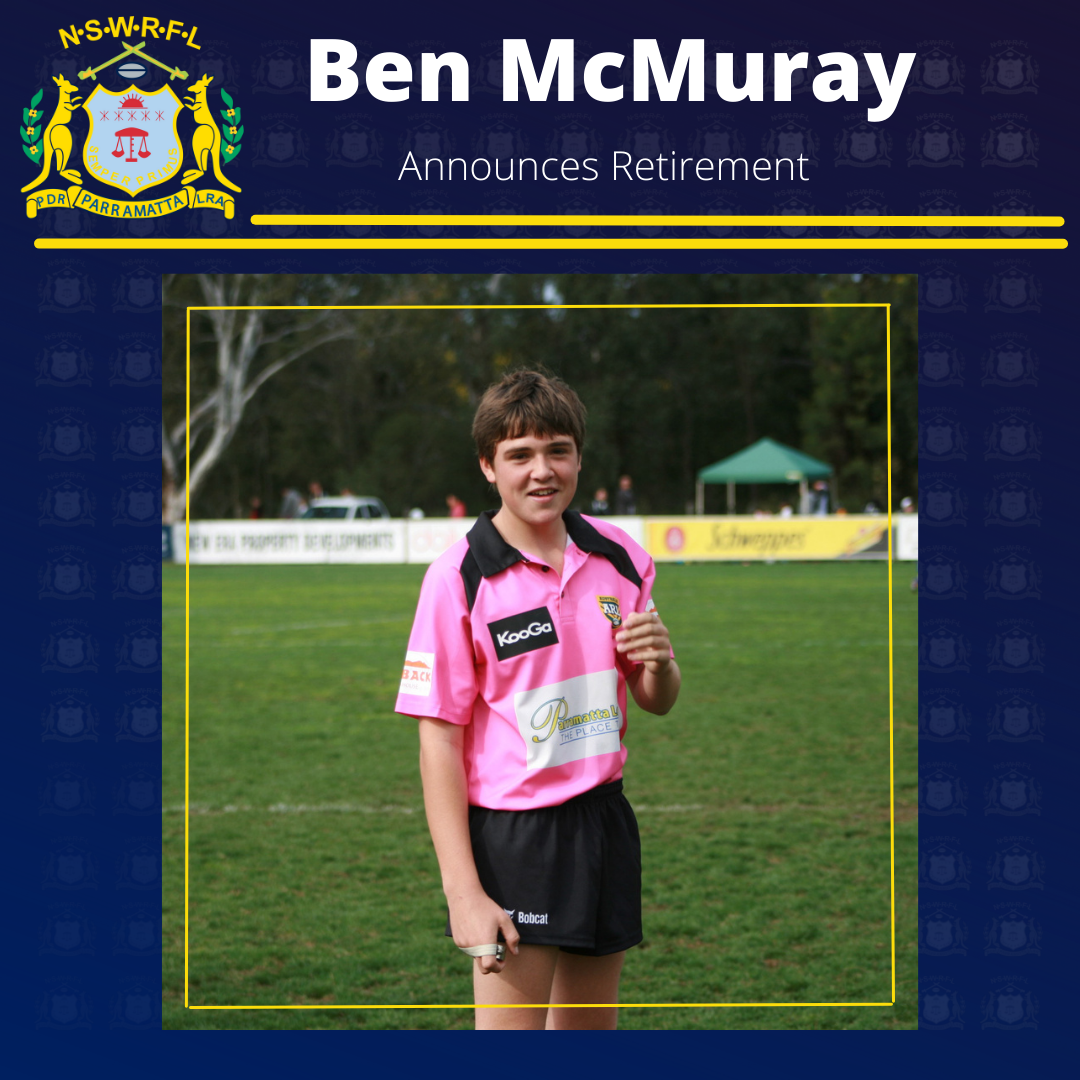 Posted at 22:50h in Uncategorized by Parramatta Referees 0 Comments
0 Likes

Last night, (February 3nd, 2022) one of Parramatta Referees’ favourite sons Ben McMurray announced that he would be retiring from the NSW Grade Squad. When asked about how the decision came about, Ben had this to say “I thought it was time for me to give it away. After 12 years of refereeing on a Saturday and Sunday, I wanted my weekends back.”

Ben commenced refereeing at the very end of the 2010 season and quickly demonstrated that he had real talent. In his first full season refereeing, he progressed to referee international U13’s football, finishing the season with an U10/1’s Grand Final to his name. In 2012, this star continued to rise with him refereeing the U13/1’s Grand Final, touch judging the C2’s Grand Final and being named Parramatta’s Junior Referee of the Year. 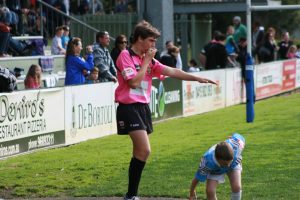 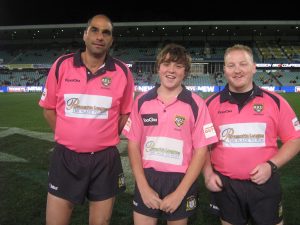 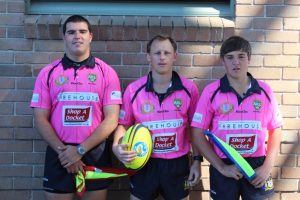 Season 2013 started well for Ben with him gaining valuable experience in senior football, making his C Grade debut in round one. Through the middle part of the season, Ben got a taste of what football was like outside of the Parramatta District when he travelled to Group 10 Referees in Bathurst to referee as part of an exchange. He gained another accolade at Parramatta’s Awards Night when he was named the Bob Jones Trophy winner as the Most Improved Referee. 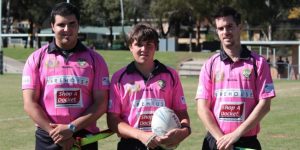 By the time the 2015 season rolled around, Ben was primed and ready to join the NSW Junior Reps. During his initial season he made a positive impression. He debuted as a touch judge in round one at Penrith Stadium. He performed consistently on the line for the remainder of the season. 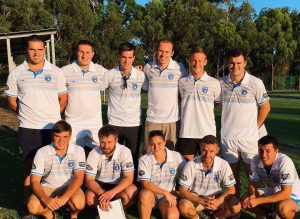 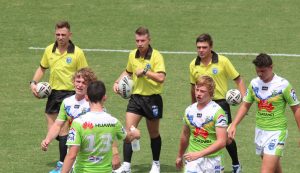 Ben’s 2016 Junior Reps season got off to a very good start when he was appointed as a touch judge in the SG Ball Competition (his debut match) for Round 1. His consistent performances throughout the season led to him being appointed as a touch judge for the Harold Matthews Grand Final between Parramatta and Newcastle at Pepper Stadium. At a district level, Ben made his debut in 1st Division A Grade, refereed the 15/1’s & C2’s Grand Finals and was named the Ernie Bull Trainer of the Year. 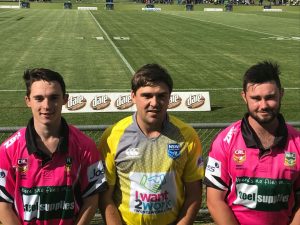 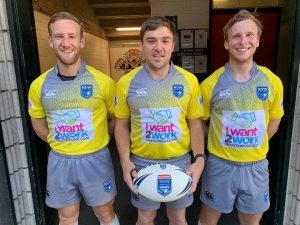 2017 was an exciting year for Ben with a number of opportunities presenting themselves through his hard work and dedication. In the early part of the season, he made his debut as a Harold Matthews referee and a few rounds later he progressed to referee in the SG Ball competition. For his fantastic season, he was named Kevin Jeffes “Most Improved Referee” as part of the Junior Reps Squad. Ben was selected to officiate at the U15’s Nationals on the South Coast. The weeklong tournament allowed him to officiate with young up and coming officials from across the country. He made his Holden Cup touchline debut in Canberra and also travelled to Samoa as part of a unique opportunity to referee their Grand Final. At district level, he was voted by his peers to be awarded the “Referees’ Referee” award. 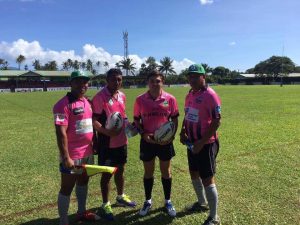 During Ben’s final full season as an active Parramatta Referee, he reached the summit of district appointments by being appointed to the Under 23’s Grand Final, the number one game in the district. In doing so, Ben was awarded the Jack Argent Trophy. Beyond the district, he was selected to again travel to the U15’s Nationals. His experience served him well and he was appointed to referee the Grand Final. 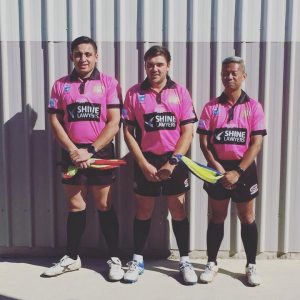 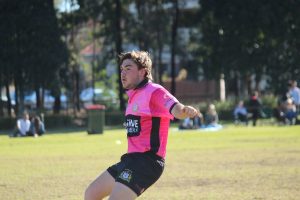 Ben was graded to the NSWRLRA in 2019 as member #1017. He was presented with his certificate by Parramatta Life Member and Patron, Max Dunn. Immediately, Ben had success at the grade level, being appointed to referee the Grand Final of the Harvey Norman Women’s Premiership at ANZ Stadium. 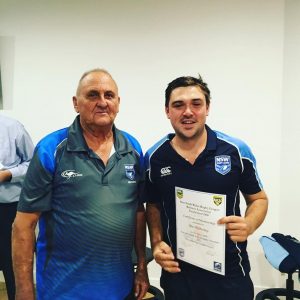 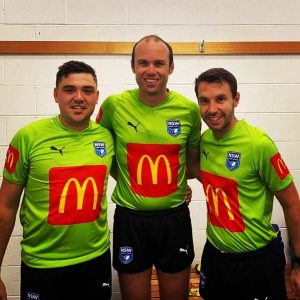 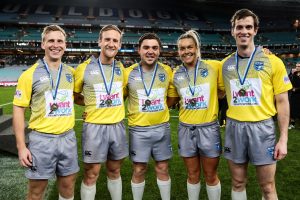 2020 and 2021 were COVID interrupted seasons. Ben continued to perform strongly throughout the years with the limited games available. His performances in the Jersey Flegg competition helped him progress to Sydney Shield matches. His consistency was rewarded in 2021, when he was appointed as a touch judge for the City Country women’s fixture played at Bankwest Stadium. 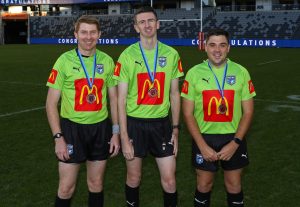 Although a significant array of milestones on the field for Ben throughout his career, it is off the field where he has made a telling impact. He has always been someone that had time to have a chat with all. He is a great mate to many and has led by example for many of our younger referees. Whenever called upon, Ben has always been there to provide a helping hand, whether it be as part of the Recruitment & Retentions Committee, Coaching Panel or Social Committee. He is a character that both the Grade Squad and the Parramatta Referees fraternity have loved having around the place.

“For now I will still be heavily involved in Parra with training and maybe even jump on a few committees. But its time to enjoy my life now, see Australia and travel the world with my Mrs and possible even start a family” was Ben’s response when asked what was next for him. “I’ve loved every minute of it” he continued.

Congratulations on a fantastic career Ben. You should be extremely pleased with what you have achieved. Parramatta Referees is very hopeful that we will continue to see you around the grounds. All the best to what the future holds for you and your soon to be wife.